TikTok sees a slump in revenue; car-hailing apps in Europe stand out in advertising!

With the aid of its App Intelligence and other modules, SocialPeta sorted out the top 20 global mobile apps (non-game) by revenue, download, and advertising in August 2022, hoping to be of assistance to more people in the mobile app industry who try to understand the changing trends of  the global mobile market.

The overall performance of global mobile apps in August:

In terms of revenue, there wasn't much change in the products and their rankings on App Store, which means top apps recently had very stable revenues. The sports streaming platform [DAZN] was new on the August chart, but it had once made it to the May chart. Like in May, the app's revenue growth in August was also a result of sports events, including Serie A, Matchroom Boxing, etc.

There wasn't much change in Google Play. Though [TikTok] reported a revenue decline of 84.8% Month-on-Month, there was still a 441.4% revenue growth compared to the previous quarter. There was news in July that TikTok was going to cut many jobs overseas. Will that affect its revenue in the long run? Let's wait and see.

[Strava], a sports app with social media features, recorded a 64.3% MoM revenue growth, benefiting from its user subscription, advertising revenue, and data sales. Users can pay $5 every month to get advanced data monitoring, group comparison, and other functions.

[Chamet] is an online video and voice chat app with 79% of its revenue from the Indian market. The app was developed by Hangzhou Fuliao Technology Co., Ltd. to allow you to have live video chats with girl streamers. Its users mostly spend money on paid video chats and donations to streamers.

[Peacock TV] is the NBC streaming service with broadcasting rights to hit movies and TV shows including the Harry Potter film series, as well as broadcasting rights to sports events including Olympic Games and Super Bowl. In August, Peacock was offering a premium subscription for $1.99 per month, resulting in a rapid growth of subscribers and further leading to its revenue growth.

On the chart of downloads, [BeReal] was outstanding with its downloads on the App Store. Thanks to its emphasis on authenticity, it received increasing downloads in each of the past 6 months, with about 56% of its downloads from the American market. [ZOOM Cloud Meetings] was new on the chart with its 4.1 million downloads in August. It is a tool for online cloud meetings and has a rating as high as 4.6 on the App Store, with many positive reviews from office workers, teachers, and students.

Apps newly ranked on the Google Play chart were all new tool apps in 2022, among which the network optimization app [FoxFast] had the most momentum. The app was released in May 2022, and received 14.8 million downloads in August, up 42.3% MoM. Specially designed for Android devices, FoxFast's main features are that it provides a secure and unlimited network and it is extremely easy to use.

[QRScanner], an online QR code and barcode reader, was released in March 2022, and it received as many as 13.8 million downloads in August. Its main feature is that it allows you to scan and generate QR codes and barcodes in various formats, including contacts, URL, text, e-mail, etc.

[FREE NOW] released the most creatives on Android among all the apps newly ranked on the chart. The app had 57,500 creatives in August, up 226%. It's a licensed ride-hailing app in 10 European countries/regions, and most of its creatives were released in Poland. From its creatives, we can see that one of its video creatives achieved higher impressions in the past 30 days. The video displays the app's features and user interface in a simple and straightforward way. It's a lively creative with a definite aim.

[RIU Hotels & Resorts], a Spanish hotel chain, grew the most rapidly on the iOS chart of advertising. The app's creatives increased by 247% in August, mainly released in the US and the UK. One of its dynamic creatives achieved higher impressions in the past 30 days by displaying fantastic island vacation spots from different aspects.

Overall, many apps were new on both the charts of the App Store and Google Play in August. Newly ranked apps on the Android chart released averagely 328% more creatives than those on the iOS chart. Compared to July, creatives increased significantly for food delivery apps [Mr D Food] and [Uber Eats] in August. 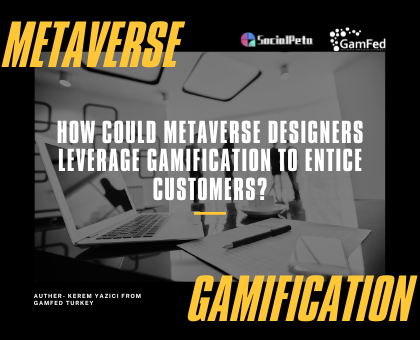